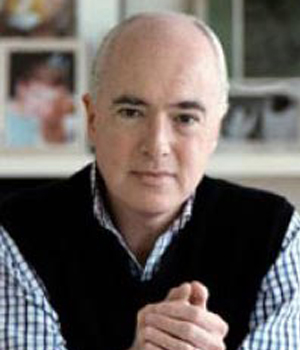 It was october 1977 when David Bradley stepped out of the Manila International Airport for the first time and saw the hotchpotch of street vendors, well-wishing relatives and taxi and jeepney drivers. He instantly fell in love. “I’d never seen anything so foreign!”

The American champion against Filipino child abuse and chairman of the Philippine National Centre for Child Protection, the first centre dedicated to child-abuse victims in the Philippines, Bradley was raised in a family of four in a small area of Washington, DC. Having earnt a degree from the Harvard Business School, he had his sights set on law school but veered away to become a Fulbright scholar to the Philippines to open his eyes to the other side of the world. Bradley has been returning for the last 32 years, sometimes with wife Katherine and their children. “On one of the trips during the nineties, I got a call from the Jesuit priest Father Donelan, whom I’d known during my years as a Fulbright scholar. He asked if Katherine and I would donate money to help build a home for street children,” he says. They halved the donation with another Filipino family for a nun-managed shelter big enough to house 30 children. Though many children hung around on the streets, none of them seemed to want the life in the shelter. “It felt like there was something wrong with the formula,” says Bradley. First, there were more shelter beds than children who wanted to stay there, so shelter was not the issue. Next, upwards of 80 per cent of the children were either physically or sexually abused and had fled their homes. They had found a barkada (gang) to live with and learnt to enjoy independent living.

“We decided we needed to make this a Philippine institution to get truly attentive leadership.”

The up Medical School chancellor asked Bradley to fund the first emergency room for abused children in the Philippines and they implored the assistance of Dr Bernie Madrid, who relocated from the province to help. When the Philippine General Hospital (pgh) gave them a room, police and parents started to bring in abused children. But what was to become of the children thereafter?

“There’s a real safety question sending kids back to their homes. Ninety per cent of sexually abused children know their perpetrators. But if they go to a shelter, who will monitor their care?” says Bradley. After a child is taken to the Child Protection Unit at pgh, a social worker and a mental health-care worker need to see him or her. Madrid began to establish official relationships with up Manila, the doh, the Department of Justice, the Philippine Judicial Academy and the Philippine National Police. Through these partnerships, Madrid and her staff created a curriculum for the University of the Philippines to teach medical students how to diagnose and treat child abuse.

The lawyer Katrina Legarda eventually joined Bradley and his team. “A year and a half ago Bernie, Katrina and I decided we really needed to make it a Philippine institution to get truly attentive leadership,” he says. Today, a local board has been set up as to attract more Filipinos to the cause.

There are an estimated million cases of child abuse each year, and only about 7,000 are reported to pgh. Now, hospitals outside Manila can get funding from pgh for equipment and training of doctors and nurses, set up and pgh accreditation. There are 30 satellite cpus around the country. “Bernie’s created a professional society of child-abuse specialists and they’re beginning to train other health-care workers from other countries. It’s the best medical system for abused children in Southeast Asia.”